Today I’m going to be brave and talk to you about failure. My own recent failures, or at least, things that have not gone as well as I hoped. Talking about failure is not easy. We don’t like to admit failure to anyone, let alone ourselves.  It’s embarrassing when something is not a success.  Just lately, I’ve tried out a few bright ideas and they have all sort of bombed. I’m mostly an optimist and try not to feel down for too long, but I’ve got to admit, the perceived failures dented my confidence at the time. My head is ruled by two opposing voices. I have one constantly telling me how crap I am, how everything I do is utter, pointless rubbish. And then I have this other voice piping up constantly; ooh I’ve got another idea! Let’s try this! These voices have 50/50 control right now. I think I’m rubbish because something didn’t go as planned, and then the other voice suggests something new to try…so I keep going. I’m going to list the recent failures below and talk about how and why they failed, and how also they sort of succeeded as well…

Cancelled a workshop due to lack of interest… Back in March, I ran my first adult workshop under my Chasing Driftwood Writing Group business. I had already put on a few for Dorset Writers Network and I’ve been running kids workshops since 2015. It was scary to put on my first one aimed at adult writers, but Building Your Author Platform was a great success, highly enjoyable and I received terrific feedback. I ran another one a few months later which was less well attended but I still viewed it as a success. Some people requested I run the Author Platform one again so I decided to book it for November, thinking it would be nice to help these writers and make a little bit of money before Christmas. Despite my best efforts, I could not drum up enough attendees to make it worth running. I had three tickets sold before I decided to cancel it and refund them. This was a tough decision because I felt really bad about the people who had bought tickets, but I was also feeling very low about putting it on to so few people. It sucked, to be honest. I questioned my decision to apply for Chasing Driftwood to become a Community Interest Company (currently awaiting a decision on this) and I even thought about jacking it all in. The fact my last kid’s workshop also had very low attendance was playing on my mind. Maybe I should quit this. Maybe I am bad at this. But then I thought about the reasons it failed. I think a lot of it is lack of advertising, and the reason for that is financial. One of the reasons I am applying to become a CIC is to better access arts-based funding to put on various writing projects. Some of that money can go towards advertising. They say you have to spend money to make money. Well, if you don’t have any money, you have to apply for funding! Which is exactly what I’m going to do. If I still can’t fill workshops once I’m a CIC with a decent advertising campaign behind me then yeah…maybe time to think again.

Author Event at Library Cancelled…So, I can’t really take the blame for this one, though at the time it was frustrating and disheartening and I certainly viewed it as a personal failure. Last March my local library put on a very successful author event, where local writers paid a small fee to have a table in the library to sell books. I only sold a few but I really, really enjoyed the event. Coming up to Christmas, I wondered if we could capitalise on Christmas shoppers and have another one. The library manager was all for it, and we both contacted various writers to see how much interest we could get. We got none. Literally, none. The lovely manager said let’s leave it for now and so it never happened. I was gutted, but it did inspire me a bit too. I’ve had this idea for a pop-up bookshop for some time, and want to get started once (if) I become a CIC. The library have already agreed we could set up there anytime. If it’s just me it’s just me. But I’ve already got an email list of local writers I can contact when this happens. So, in this case, I’m viewing it as perhaps we’ll try again another time…

Hiding Books… Initially, this was fun. I had some stickers from The Book Fairies, and for ages and ages, I’d thought about hiding my novel This Is Nowhere around my village, as I set it here. I thought the local people might like to know there is a novel set where they live! It took a long time to gather the courage (I am genuinely scared of being told no) but I contacted the parish council who let me add a piece to the newsletter, detailing what I was up to. In other words, hiding four copies of the novel in the location it’s set in during a five day period. Slips of paper were included to politely ask if the finder could share pics to social media re where and when they found the book, and then rehide it to carry on the fun. It was daunting, to say the least, but I did it. I hid the four books and waited for communication. To date, I’ve heard….nothing. All four books have been taken. But I have absolutely no idea by who! They could all be slung in bins for all I know! I tried not to expect too much, but I did really hope to hear from at least one happy finder. Having said that, maybe I will. Maybe the books will get hidden again! Who knows? And I’ve talked myself out of viewing it as a total failure, as I did get one ebook sale for the novel when a local resident contacted me via Facebook asking how she could download the book… It is a shame I didn’t get more sales or communication from my local friends and neighbours, but what was nice was the response I got online from other writers. I posted on Facebook and Instagram and received such enthusiasm and lots of people excited to try the same thing. So, not a total failure. I just hope they get a better result than I did! Would I do it again? Well, considering how out of pocket I am, probably not. Not for a while anyway!

Christmas Pop-Up Book-Shop… Another great idea of mine. With the real-life pop-up shop in the pipeline, I thought why not try an online one, in the form of a Facebook event? I roped in my good friend Kate Rigby and the plan was to invite other writers to post links to their paperbacks into the event, along with other interesting things like maybe a giveaway or competition, and hope to entice some readers in to buy Christmas presents! We thought a great idea in theory. So was it a failure? Well, yes and no. If I’m having a bad day I’m going to throw it on my recent failures heap and sulk about it. But if I’m having a good day I’m going to remind myself that it was a trial run, something to learn from, something to try again bigger and better. The authors were absolutely fantastic. I bought a great book to give to Mum for Xmas, and I added some others to my to-read list. It was fun, but in terms of sales and exposure, well no, not really a great success. Hardly anyone from my friends list joined in. That always stings a bit, but then I remind myself that people are not always convinced by indie books. Also, in an online event, you can’t really pick the book up and flick through etc. Will we do it again? Yes, we definitely will.

Self-publishing… You might know by now that I have a love/hate relationship with self-publishing. I am, at times, extremely proud of my books and the platform I have been building, and everything else I have done. Then, at other times, I view self-publishing as a failure in itself, because I was rejected. Not wanted. Not good enough. I still think a lot of my friends and family have the view that self-published means not very good, and so they kind of ignore what I’m doing. I know that there are amazing self-published books out there because I mostly read indie books. It’s a bumpy ride. I don’t regret it because if I hadn’t done it, I wouldn’t have my books out there at all. But at times it leaves me with a bad feeling because I think I have not yet written anything really credible or worthy of being traditionally published and sitting proudly on the shelves of Waterstones etc. I expect I will always feel this way while sales are low. And sales are low. It’s not a nice thing to admit, but I know most indies are in the same boat, so I try not to see it as a reflection of my work. The endless problem is reaching readers when so many thousands of books are published every day. I think readers are much more likely to notice and buy and read the trad published books because they are so much more visible to them. So, the fight goes on. 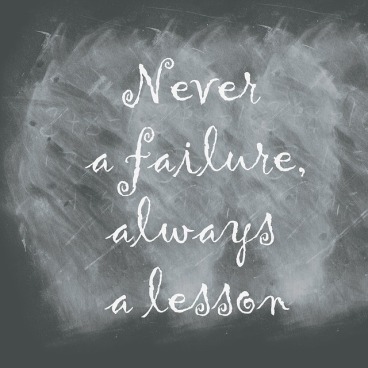 Above are listed my recent attempts to better myself and my position, to achieve something new, to try an idea, and in many ways, they were all failures. But then I think, at least I tried. (In case you don’t know, I fully intend to have the Frank Turner lyrics from Eulogy engraved on my headstone; “At least I fucking tried”) Surely, the real failure would be in never trying at all? In thinking up these ideas and then ignoring them? In feeling great enthusiasm for a project, and then never trying it out in case it failed? In having dreams, but being too scared to pursue them?

And guess what? Since I started penning this post, I’ve had another big idea!!

So, what do you think folks? Do you want to be brave and tell me about your recent failures? How did you deal with them? Are you going to try again? I love it when you comment and please feel free to share!

20 thoughts on “If At First You Don’t Succeed…”