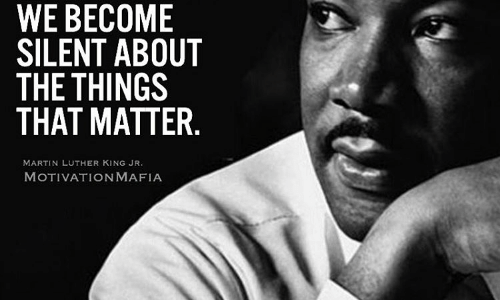 Warning; Political post. If that’s not your thing, you better scarper now. If you’ve had enough of politics, you’ve been given fair warning to scuttle off and ignore this. I’m not often political on here. I try very hard to keep politics from my Facebook author page too. On my personal page, not so much. But my other social media profiles, Twitter, Instagram etc, it is politics free. But sometimes I can’t stay silent. Sometimes it’s dangerous to do so. And if you think politics have nothing to do with my books, you’d be wrong too. All of my books revolve around social issues, one way or another. To give you an example, the book that I am currently submitting, The Tree Of Rebels, is set in a future based on my fears for where we are heading as a society, and the next book after that, Elliot Pie’s Guide To Human Nature is a story about a mother and son in a low socio-economic position, and how they struggle to survive fear and despair. The book I have just started the third draft of, A Song For Bill Robinson, is also mildly political in nature, as one of the main storylines is the threatened closure of the community centre due to local Government spending cuts. For me, as a human and as a writer, these issues are real and they are happening. But I digress…

I get it if you’re fed up with politics. I really do. I’m fed up too. Believe me. I wish I could do what so many others seem to be able to master. I wish I could plug my ears, close my eyes, bury my head and build a little happy bubble around me. Really, please believe me, I am as sick of politics as the next person. It’s literally doing my head in. First, we had the General Election in 2015 here in the UK. In a shocking twist, the Tories beat Labour. Then we had Brexit. More drama, more division, more hatred, and another shocking twist. Then there was the US Election. And Trump. Don’t even…. ugh. So I do understand. It’s been horrendous. (Unless you’re happily sat on the extreme right and aren’t scared by the threat of World War Three or climate and planetary destruction that is, in which case it’s not been horrendous for you at all.)

But for those of us who are scared, disappointed, angry, confused, it has been a horrible few years. We are all sick of it and we all want to turn off the TV, avoid social media, tell people not to talk politics, and declare areas as politics free.

But it’s not quite that easy, though oh how I wish it was.

You see, politics is very, very interested in you.

Politics affects everything, from the roads you drive on, to the very air you breathe. And I feel like this; if you are lucky enough right now to not be affected by Tory policies, if you are fortunate enough that you do not need to rely on the NHS, on state education, on fair rents, on mental health or social care, then lucky you. That’s brilliant. You won’t be affected by the vicious cuts in place or those to come. It would be nice if you could spare a thought for those that are, such as the millions of children who will be suffering increased class sizes or shorter school days, once the next round of cuts to education sets in. But if you can’t even do that, then please think about the air you breathe and the planet you live on. Think about the future of this planet under the rule of a Government who have increased taxes on solar and wind power, and are in favour of fracking despite the local communities saying no. This is not our planet. It belongs to those we leave it to. Our children and their children.

And if we stay silent, because the truth scares us, or because it upsets us or keeps us awake at night, then surely we are playing into their hands and giving them the subservient and docile electorate they want. If we do not speak up for those who are suffering, what does that say about us? Who will speak up for us when we are suffering?

I wish I could ignore politics. It invades my life and gives me sleepless nights where my brain aches and my guts churn. It makes me angry and desperate on a daily basis. It makes me cry when I am alone walking the dogs. It makes me worry about the future of my children, their education, their future jobs and homes. Their planet. It affects me on a daily basis because I am reliant on the NHS, on the state education which is being destroyed as we speak. It affects my 9-year-old son in ways that distress us all. It makes me look at my 2-year-old and feel intense guilt for even choosing to bring him into this world.

I suppose what I’m trying to say is, a politics-free world would be nice and avoiding politics would be refreshing, but I feel like this is dangerous. Silence is dangerous. Silence allows these terrible things to continue. Believe me, they will take your silence as silent agreement. We have to speak up and speak out. Even if it hurts us to do so, even if it angers us to argue and debate with people, even if we are left with disappointment and despair. We are not sheep or cattle. We are thinking, feeling, creative beings and despite what they want you to believe, it is not natural to human nature or behaviour to leave people behind, to allow cruelty, to turn our backs. Society works when we all look after each other. We would not have got this far as a species if individualism and selfishness had always been the order of the day.

I know this post will alienate some followers. I fully expect to be unfollowed by some, ignored by others. That’s fine. That’s a risk I’m happy to take. It’s got to the stage now that it’s dangerous to shut up and keep quiet. Too much is at stake now. It’s not even funny anymore. Personally, when it all hits the fan, I want to know I can look my children in the eye and say I tried. I fucking tried.

The society the Tories are building right now horrifies and offends me. And I won’t shut up about it. I will argue and debate with anyone who is up for it. And I will continue to weave the ordinary stories of ordinary people into my books so that they may have a voice there too.

I’m not going to sit here and tell you how to vote. But I am going to warn you that silence is dangerous and turning your back on what’s going on in this world right now is very, very wrong.

The First To Fly The Nest

The Chaotic Joy Of Co-Writing A Series

Squirrel hunting. He doesn't get anywhere near! Beautiful autumn colours in the woods today #autumn #woodland #bestfriends #writersofinstagram #takingabreak
I've had the perfect weekend. Lots of gardening - at home and at my sons school-lots of long baths and reading, lots of writing, lots of being with the people I love #writersofinstagram #authorsofinstagram #writerlife #writing #gardening #garden #vegetablepatch #vegetableplot #weekend #weekendvibes
Short stories and character snapshots connected to my novels. Currently just 77p for ebook on amazon. Dark and gritty tales. #writersofinstagram #authorsofinstagram #writerlife #writing #shortstories #shortstorycollection #characters #fiction
The fields behind my house and the lane I walk down, so beautiful but sadly all under threat. Across these fields and behind these hedges there is a planning application for a huge tourist attraction. It will come right up to our back garden and these hedges down the lane. It will need better infrastructure to support the traffic it produces so more roads, road widening etc will also happen here. We will fight this but recent battles in the area show ordinary people rarely get their way when some companies stand to make a huge amount of money. I doubt we will see the deer, the herons, the buzzards or the owls again if this happens and we will want to move. It will be too heartbreaking to see this all destroyed for no reason other than greed. We need to stop building and start rewilding!! #beautiful #nature #fields #woods #underthreat #leavealone #rewild #letnaturehaveit #stopbuilding
Super excited to share this with you! Our community interest company, Chasing Driftwood Writing Group have released our first publication under Chasing Driftwood Books! This pandemic themed collection was written by numerous writers, bloggers and poets, both adult and children. Many of them are writers who attend our groups and many are people who just wanted to get involved. You can now purchase Stay Home-A Year Of Writing Through Lockdown on amazon! The paperback version is in progress. Short stories, personal accounts and beautiful poetry. (You might shed a tear or two when you read the kids poems!) Money raised from sales goes straight back into the CIC to help fund our next big community writing project! @simeon_alec #writersofinstagram #authorsofinstagram #writerlife #writing #writingcommunity #anthology #collection #pandemic #lockdown #shortstories #poetry #writinggroup #communityinterestcompany
An extract from Elliott Pie's Guide To Human Nature, a story about a 12 year old boy who befriends strangers in order to prove to his mum that people are not all bad and the world is worth saving ❤️#writersofinstagram #authorsofinstagram #writerlife #writing #writingcommunity #extract #snippets #novel #fiction #yournextread #yournextbook #uplit #humannature #youngnarrator