I’ve never been very good at asking for help, and I blame my parents for this. With the best of intentions, they brought us kids up to be polite, and not ask for things. It was one of the most repeated mantras of my childhood. ‘Don’t ask for anything! Wait until you are offered!’ I can see why they drummed this into us. They didn’t want their children to be brattish or demanding. They thought children who marched into someone’s house and asked for an ice lolly were rude. I can clearly remember playing in the garden at my Nan and Grandad’s house on various hot summer days. We knew the ice creams were kept in the chest freezer in the cellar. We knew our doting Nan would give us one if we asked, but we didn’t dare. We kept egging each other on, urging one of us to go and ask for an ice cream. I expect we worked up the nerve eventually, but it definitely took some time!

Not asking for things in sweet shops and toy shops was the norm. My mum would have given us ‘the look’ if we had ever dared. She always said it was much nicer to give a child something they had not been expecting. But the trouble is, not asking for treats becomes translated by a child into not asking for anything, including help. Take me in the classroom, all the way through my education, too scared to put my hand up for any reason, including going to the toilet!

I’ve had a problem with asking for help my entire life. I hate asking anyone for anything. If I have any kind of problem, I will do everything I can to try to solve it on my own, before I give in and reach out for a helping hand. It really is quite ridiculous. I can’t help assuming that asking for help annoys the person you are asking, puts them out, or means they will begrudge you.

This has also made things harder as an indie writer. Indie writers cannot do it all alone. They just can’t. But in the beginning, this was how I approached things. I struggled with so many aspects of indie publishing, from formatting, to cover design, to marketing, to gaining reviews, and I was absolutely rubbish at asking for help! I truly didn’t want to bother people.

Fast forward four years and six books later and I am beginning to change my mindset. For my sixth book, The Tree Of Rebels, I actually had a book launch.  I wasn’t quite brave enough to do a real life one, so I opted for a Facebook one and thoroughly enjoyed it. I was amazed by the response and the positive results of sales, reviews and follows. I’ve also started asking for help more by sending out ARC’s for the first time ever. I would never have done this before, but now I am trying to live with the mantra; ‘if you don’t ask, you don’t get!’ Out of the 45 people I asked, 31 responded positively, and I have received 18 reviews on Amazon UK and 6 on Amazon US. This has without a doubt given this sixth book a far bigger kick into orbit than the others have, and I will learn from this and do an even bigger and better book launch next time! 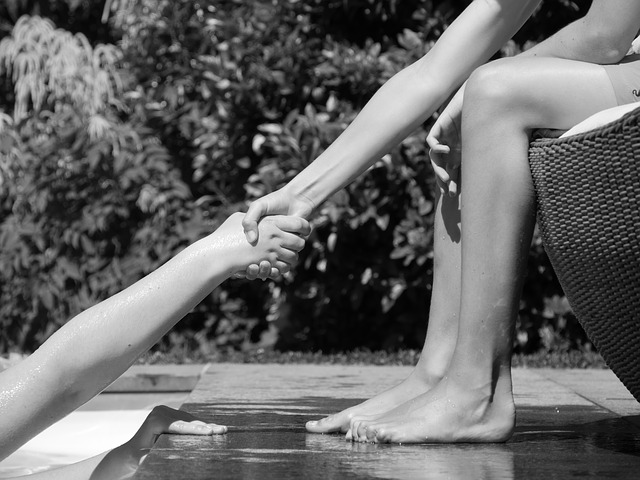 Learning to ask for help is not easy when it has been indoctrinated into us to be polite. Last week was a really hectic one for me work-wise. I had all the normal bits to do and a rather big dog walking/sitting job as well. I love my day-job as a dog walker and sitter, but I’ve only gone back to it fairly recently as it was too tricky to combine with my youngest when he was first born. Last week I was so busy walking back and forth, that my blog post didn’t get written or posted and I only managed to scrape in an hour or two of editing Elliot Pie each day. There was one day in particular when I had a lot of walking to do, washing to hang out, a parcel to post that had been sitting there for weeks, washing up to do and God knows what else. Instead of trying to do everything myself and then getting grumpy, I reached out to the kids and got them to help. Two took the parcel to the post office and one hung out the washing, and wow, what a difference it made just having those two jobs crossed off the list! I felt I could breathe again and calm down and it made me realise how rubbish I am at asking for help at home too.

I do what my mum used to do. I do everything myself get worn out, feel unappreciated and then moan about it! I must stop doing this! I have four children and the oldest three are more than capable of helping out. If it involves the animals, they jump at the chance anyway, so why the hell am I trying to do it all by myself? Again, I think the reluctance to delegate chores goes back to being told not to ask for things as a child.

I don’t want my children to grow up unable to ask for help, so I am trying to set them a good example now. I’ve told them all about the amazing response I had when asking for help to launch the latest book. I want them to see that asking for help doesn’t make you weak, or needy, or annoying. Yes, you should strive to be independent and proactive, but when you genuinely need help from others, you should not feel ashamed to ask for it. And it makes such a huge difference!

Have you ever found it hard to ask for help? How did you overcome this? I would love to hear from you! Please feel free to comment and share.

Blog post from a year ago where I talked about my 8 book to-write list. A year later I've written three of these, which are all now in various stages of drafts-The Mess of Us, Black Hare Valley and At Night We Played In The Road. Feeling really proud of that! And I've made a start on another from this list, The Seventh Child already had a plot and character bios but now it's got its opening paragraphswhich I wrote into my phone during a long car journey! #writersofinstagram #authorsofinstagram #writerlife #writing #addictedtowriting #ilovewriting #amwriting #workinprogress
Have you dived into the Holds End trilogy yet? It ties into The Boy With The Thorn In His Side universe but focuses on three teens trying to solve the murder of a local teenager, whilst struggling with dysfunctional families and their own sexuality. #extract #snippets #novel #fiction #yournextread #yournextbook #youngadult #YA #YAfiction #yatrilogy #youngadult
Getting through the 4th draft of my The Boy With The Thorn In His Side spin off book, At Night We Played In The Road. Really enjoying it actually. I have definitely been able to be more ruthless with cutting the word count down on this go through. It will be interesting to see how many! #amediting #workinprogress #wip #editing #edits
Love this review from @mjm_reviews for Bird People and Other Stories! They're all dark gritty stories if you like that sort of thing! #bookreview #review #shortstorycollection #shortstories #darkstories #grittystories
Looks like the freezing temperatures are with us for the week ahead too. I don't mind the cold too much, its the ice I could do without. This is our lane and parts of it are pure ice. And I'm so desperate to get in the garden and work on my patch, I was really hoping it would warm up a bit this week.
Whoo hoo, just finished the 3rd draft of At Night We Played In The Road, which is a spin off book from The Boy With The Thorn In His Side series. I've now sent it to my kindle for the 4th draft which I'm really looking forward to. It always feels different reading it and making edits on a kindle. I still need to get the word count down too. I only managed to shave off 1000! I'm hoping the read through on kindle will alert me to any scenes that are slow or unnecessary so I can be more ruthless on the 5th draft! #amwriting #amediting #wip #workinprogress #