Bill Robinson wasn’t the only one who roamed the streets of the estate by night, but as far as he could tell, he was the only one who did it for reasons not connected to living. The other shapes and forms who slipped in and out of the alley ways, were doing it because of life. They were stealing, or fighting, or prowling, or spying. One way or another, it was all about survival, because that was all they knew. Quitting, leaving, changing or dying on purpose were not things that ever occurred to them.

Roaming and drifting took him around the messy edges of the small world he lived in. He remembered that when he was a child, it had seemed so big, so full, so noisy and bright. At one time, he had been certain that nothing else existed beyond the brick walls, concrete car-parks, and connecting alley ways of the estate. Now, he saw it differently. Now, he saw it mostly as it was at night; silent, jagged, black and white.

He left home in a dramatic fashion, which served no real purpose. His father worked nights, so was not at home. If his mother had hung around maybe she would have been the one to hear his bedroom window opening. Maybe that was why he did it. Because he could. Because no one ever heard him leave.

His older brother and younger sister slept through the clinging to the drainpipe which always sent his heart up into his throat. They slept through his leaping onto the concrete wall which separated their garden from next doors, and they slept through his cat-like pounce to the flag-stoned patio, hands and feet prepared in advance with boots, thick socks and woolly, fingerless gloves.

From there, it was a brisk walk to the back gate, which was always left open, as the top hinges had disconnected from the rotting post. After the escape, as he liked to think of it, the outside world was his. Their back alley led onto others, corridors of concrete and fence panels, separated by squares of parking spaces and lock-up garages. He could go left, or right. He could go anywhere. The night was his, and everything about it fascinated him.

The houses, all the same in size and shape, like little black boxes closed up after day. Chinks of yellow light shone behind curtains and blinds. He could see who left their kitchen light on for the dog, and who left the landing light on for the kids. The estate was like a massive, silent, sleeping secret…

Bill Robinson imagined himself to be feline, supple in shape and movement. All he really lacked was a tail. He wasn’t hunting prey, though he was hunting something. Some elusive, mysterious, transient something, which escaped him during the day. A something. A big, soft, sleeping, silent something.

In the dark, rats skittered and their eyes glowed behind wheelie bins and recycling boxes. Broken glass littered the ground. Cats watched him from the safety of walls. Every now and then he interrupted a scraggy looking fox from his scavenging. He often saw them trotting casually across the roads, unbothered in the dark by traffic. And as he wandered, he felt less human in body, like all the pretending that made up life melted away as soon as it was dark. He felt unburdened from all the expectations and disappointments which were heaped onto you from the moment you were born. He felt like he supposed the animals felt. Like all that really mattered was the moment you were in, and what you did while you were in it. One foot fell softly after the after, and Bill Robinson scoured the haunts of his patch, of his place of birth and life. From the school, to the playing field, to the shop shut up tight behind steel shutters, to the youth club behind and the community centre around the corner.

Beats filled his mind as he by-passed the hall. Beats from last week, beats from the next performance to come. He sometimes entertained the thought of taking his music with him when he roamed, pushing his ear-plugs into his ears and hitting play on his phone. But he never did. Silence was something too. Silence gave you time to just be.

He walked on, crossing an empty dark road, enclosed suddenly in the tight black darkness under a group of trees, before he emerged on the other side, illuminated by the street lights outside a block of flats. Bill Robinson courted danger at night, in a different way to in the day. But he was old enough to understand that danger attracted him, in all its many, complex forms. People were dangerous; he knew that. All of them. Especially the ones who knew you. Drinking was a form of self-destruction, albeit a socially acceptable one. Night prowling was anti-social and strange. It served no purpose, except he did it because he was hunting for something and he knew he would recognise it when he found it.

He felt this way about most things. His father and brother called him a bad-tempered wind up merchant. His younger sister, with her narrow-eyed knowledge of the estate, told him he was suicidal.

Bill Robinson, raven-haired and freckle-nosed, with blue eyes that pierced right through you, offering everyone the same rigid level of condescending contempt. Bill Robinson thought you might as well push things to the extreme. He had no illusion or trust in a better life, place or overseeing God. He knew that poor people mostly stayed poor, and angry people mostly stayed angry. He knew that whether you studied life and philosophy forever, or had the odd drunken ramble over beers with your mates, life was ultimately a chance, a fluke, a flash in the dark and in the great big Universe scheme of things, it was pointless.

Not that he wanted to leave. You’d have to be bored or scared to want to leave, and he was neither. He felt like you might as well push it a little, take your chances, enjoy risks and see if you could test the limits – how much were you really meant to be here?

On the night that the unfortunate Lewis Matthews felt his own young life rushing from him in a crimson flood, Bill Robinson, his heart thudding in his chest, was only two streets away.

He heard nothing and saw nothing.

The fifteen year old boy died on the ground with his face against the cold alley wall, and his hands under his chest, clutching vainly at the emptying vessel that was his body.

With the music in his head and his mouth silently singing along, haughty Bill Robinson passed by without knowing a fellow youth was spluttering blood in the very last remnants of his life. He walked on, leaving one alley to join another, and that was when he saw the other night-prowler.

They both stopped and stared. Bill, with his hands in his pockets, and his breath blowing out in front of him. The other form was familiar to him. Round shouldered and round eyed. Their eyes met, and they both squared up, anticipating something…and a decision was made.

The figure moved on quickly, into the darkness, head down, feet light. Bill Robinson felt a chill and a thrill at wandering so close to a well-known evil. He had come off okay to still be standing. He chuckled to himself in the dark, and entertained the reasons Charlie McDonnell would have for roaming the streets at three thirty in the morning. Girls. Women. Threats. Drugs. He shivered, and moved on.

The next day, Bill Robinson woke at ten past nine and wondered if he still had two cans of Stella stashed away at the back of his wardrobe. He was rubbing his eyes and scratching his hair, and his lips were already moving quickly over the words they wanted to sing next time in the community centre.

His younger sister burst into the room without knocking.

‘Guess what?’ she cried out breathlessly, while he sat up in bed, yawning in confusion.

‘There was a murder last night!’

‘A murder! Cross Road alley. Lewis Matthews got knifed to death, Bill! The dustbin men found his body this morning! It’s all over the estate!’

(This is  a short story related to a book I started but never finished when I was 16 years old – I still have the writing in a suitcase under my bed, with all my other early works and ideas – it is about a teenage alcoholic whose only passion is singing in the community centre at the weekends – it’s been in my head a lot lately, so decided to write  a short, which is basically a prequel to what happens next, and get back to it when I have time, which won’t be for a while!) 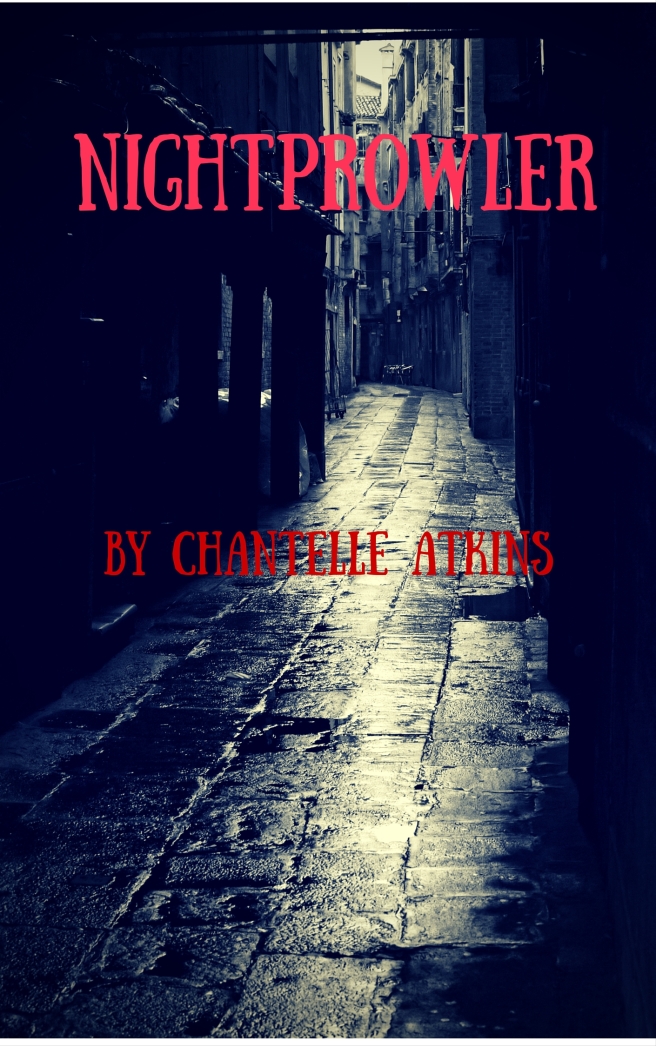 Blog post from a year ago where I talked about my 8 book to-write list. A year later I've written three of these, which are all now in various stages of drafts-The Mess of Us, Black Hare Valley and At Night We Played In The Road. Feeling really proud of that! And I've made a start on another from this list, The Seventh Child already had a plot and character bios but now it's got its opening paragraphswhich I wrote into my phone during a long car journey! #writersofinstagram #authorsofinstagram #writerlife #writing #addictedtowriting #ilovewriting #amwriting #workinprogress
Have you dived into the Holds End trilogy yet? It ties into The Boy With The Thorn In His Side universe but focuses on three teens trying to solve the murder of a local teenager, whilst struggling with dysfunctional families and their own sexuality. #extract #snippets #novel #fiction #yournextread #yournextbook #youngadult #YA #YAfiction #yatrilogy #youngadult
Getting through the 4th draft of my The Boy With The Thorn In His Side spin off book, At Night We Played In The Road. Really enjoying it actually. I have definitely been able to be more ruthless with cutting the word count down on this go through. It will be interesting to see how many! #amediting #workinprogress #wip #editing #edits
Love this review from @mjm_reviews for Bird People and Other Stories! They're all dark gritty stories if you like that sort of thing! #bookreview #review #shortstorycollection #shortstories #darkstories #grittystories
Looks like the freezing temperatures are with us for the week ahead too. I don't mind the cold too much, its the ice I could do without. This is our lane and parts of it are pure ice. And I'm so desperate to get in the garden and work on my patch, I was really hoping it would warm up a bit this week.
Whoo hoo, just finished the 3rd draft of At Night We Played In The Road, which is a spin off book from The Boy With The Thorn In His Side series. I've now sent it to my kindle for the 4th draft which I'm really looking forward to. It always feels different reading it and making edits on a kindle. I still need to get the word count down too. I only managed to shave off 1000! I'm hoping the read through on kindle will alert me to any scenes that are slow or unnecessary so I can be more ruthless on the 5th draft! #amwriting #amediting #wip #workinprogress #