Books start off as a wholly private thing. An idea, a spark, a what if? A character, a voice, a problem. All in the author’s head. Swirling around, mixing and sloshing, growing and evolving and swelling until finally it all bursts out. Into notebooks, into notes saved on mobile phones, into character bios and storyboards and plot outlines and research. And then, word by word, page by page, into an actual book. By this time you might be sharing bits here and there. You might be talking about the plot with other people, or asking for advice. But in the beginning, it’s entirely private.

Then comes the day you hand it over to carefully picked beta readers. You wait and dread and hope, and then take a deep breath when you start to digest their inevitably and wonderfully critical feedback. You work on it again and again and again.

Until the release day looms. That first spark of an idea, that grew and moulded itself into an actual book, is as perfect as it can be and finally, it’s time to say goodbye. And I always forget just how scary this is. Handing over to beta readers is hard enough, but usually, they are people you know and trust, and you know the book is not finished and still needs more work, so it’s easier to take the criticism. 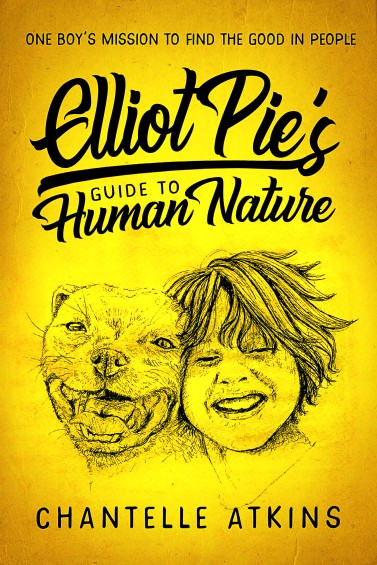 But after release day? The public have your book in their hands! And hopefully, they are going to read it, react to it and possibly review it. Scary stuff. There’s an element of wanting to avoid this, though obviously, we write to reach people, to pass on stories and lives and messages, however, there is no denying it’s hard to say the final goodbye. Good luck out there book baby, you are on your own now.

Here are my top tips for surviving release day;

I’ll be saying goodbye to Elliot Pie on October 5th, but you can pre-order the novel right now here on Amazon, for just 99p! This is a special pre-order price and it will go up on release day! So grab your bargain copy right now and don’t forget to leave a review afterward to let others know what you thought!

My Life In Dogs…